It started in January, the secrets and the planning. I began to search the Internet extensively, reading forums and finding the best possible outcome. I squirelled money away for months in my son’s shoe box under the bed and made countless secret phone calls making arrangements.

As the date to leave came closer it was harder to keep my secrets and my plans. My husband started to ask endless questions and I felt the pressure mounting.

Finally a week before, he found out the secret escape I had been plotting. I owned up to the fact that the following week we would be flying to Venice for a long weekend for his birthday.

Having not been abroad since I was 20 (14 years ago) I was starting to feel more than a little anxious and doubtful of my own planning. Possibly being one of the most unorganised humans on earth I had spent many nights up until our trip checking I had actually managed to plan this accurately. Amazingly I seemed to have pulled it off and started to relax once my husband knew my plans, assured that any minor hiccups would be left in his hands.

Two days before the flight my husband called me from work to inform me I had in fact booked two tickets for myself… Yes he wasn’t booked on under his name…Some might be sent into a meltdown over such an error but for me this is par and course of how my life rolls and was something I expected to happen at some point along this journey. Hours on the line to British Airways and a newly purchased ticket in my husbands name and we were good to go once more! 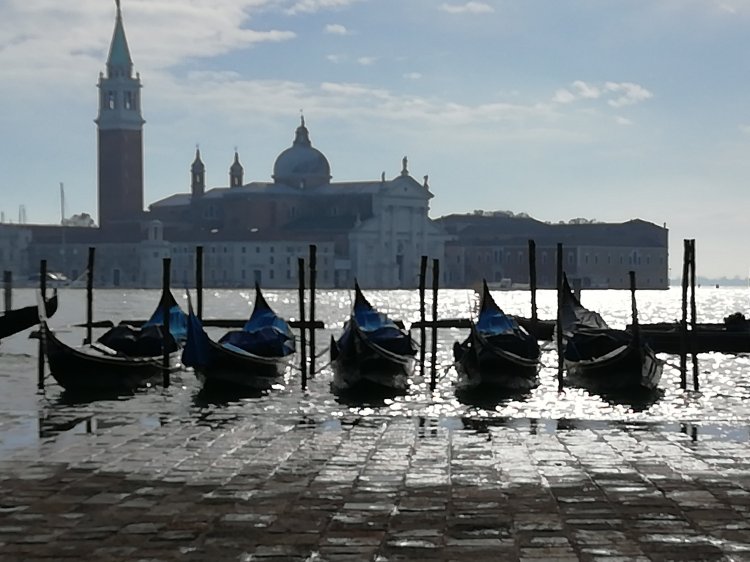 The Tuesday before we were due to leave news headlines began to flash with headlines such as “VENICE FLOODING” “KILLER FLOODS” and “VENICE’S WORST FLOODS IN 50 YEAR’S” To say this heightened my anxiety was an understatement. Sometimes I long to be that carefree 20 year old who didn’t seem to care what life threw at her but the truth is I become terrified of even the littlest things and how they will affect my family, therefore major flooding sent me into full on panic mode!

However after arriving in Venice I began to realise that actually it was nothing like what I imagined. Acqua Alta which occurred the days before we arrived is typically caused by the tides and normally lasts 3-4 hours before it starts to go down again. Venice is in a lagoon and when the water level of the lagoon rises 140cm or more above the standard sea level this is classed as Acqua Alta. On Tuesday the water level reached 187cm above the sea level. It was clear to see the damage the flood had caused and there was sadness reflected in many of the local shop, restaurant and business owner’s faces as they worked hard to have their businesses ready for opening once more. Throughout our time in the city we see many mattresses, kitchen appliances etc stacked neatly outside the various establishments which had been destroyed by the earlier floods.

St Marks Square was still pretty flooded when we arrived there on our second day and some of the galleries and places of interest were closed due to the flood damage. We went well equipped with wellies and used the makeshift walkways put in place to avoid deeper areas of flood water.

If you came to read about the art galleries and other highly cultures places of interest I visited I’m afraid you will be disappointed. Many people said to me prior to our trip that it’s a shame so many places were closed due to the flooding and I received many tweets and messages along the same lines. “Sorry you’re there when it’s flooded” “it’s such a shame”

However I felt far from disappointed with my visit. This trip was never about visiting art or developing myself culturally, it was about spending time with my husband just he and I in a beautiful city. What could be more perfect than wandering from pub to pub with a handsome Irishman in a floating city! Obvious winning elements to the trip were of course eating hot meals, drinking alcohol and undisturbed sleep due to the temporary break from my three hooligans.

The Irishman and I walked for miles along the narrow winding streets across the hundreds of canal bridges and simply caught up with eachother for what can seem impossible when you are busy parenting! We finished all of those half conversations we began over the last months which may have been cut short by a screaming toddler and were simply happy to be together. 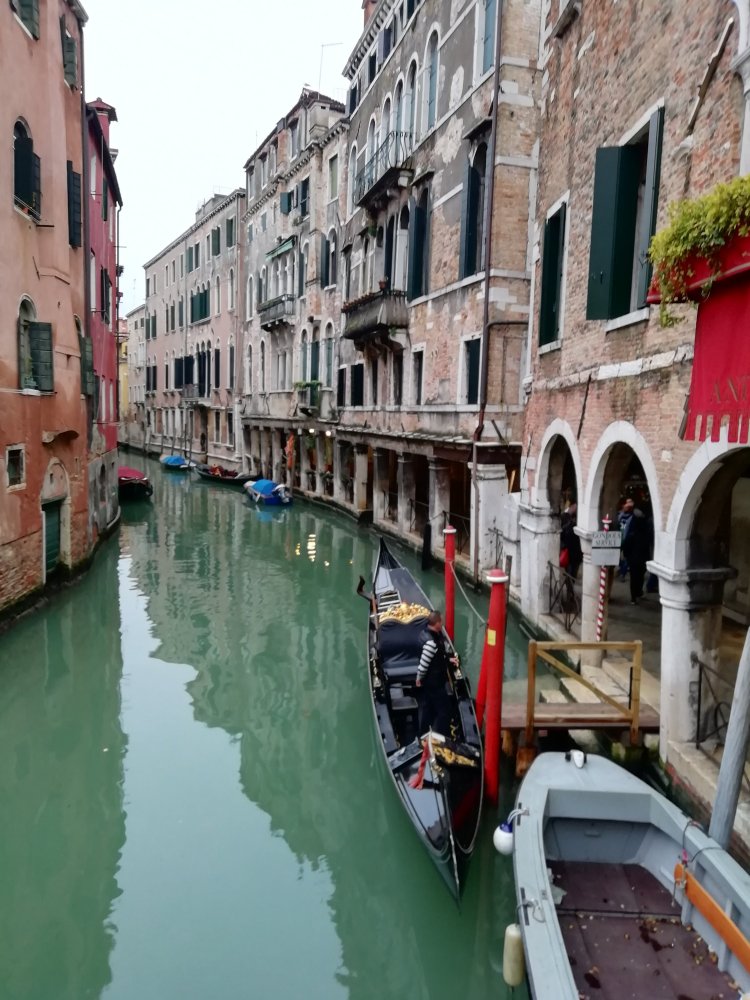 On our only real full day, on the Saturday, we bought a day travel pass for the water buses which run many different routes and lines and simply hopped on and off of it around the city. Stopping off at bars and nosing around the streets. We also visited quite a few of the Catholic churches and places of worship.

Something I have battled with over the last 6 months or so is the feeling I have lost my faith. Brought up Catholic I have always had a strong sense of faith and felt God’s presence near me and something I’ve been able to turn to. In my times of need and loneliness in the past simply entering a church has made me feel at ease. However recently I felt that ebb away and disappear and it scared me. I have tried countless times to sit and pray in local churches, lit candles and even spoken to members of my local church about my worries to all avail.

Losing my nan a few months ago I sat in the church at her funeral and felt nothing but anger and hatred at someone or something who could take someone so precious to our family away from us when there are so many evil people in this world. That anger sat with me and I figured that perhaps this was how my life would be, that my faith had gone.

This weekend however as I walked around the Catholic churches I felt the feeling I had longed for so long. I felt my faith returning and was almost winded with the sudden emotion and happiness I felt at having that belief and faith return to me. It’s hard to put into writing the feeling that overcame me and I know many who don’t believe may not understand it but for me it was something which made this trip even more memorable and special to me.

As I sit on the train back to my countryside abode I watch the Thames and Tower Bridge pass me by on our route through London, my home town. It’s hard as a Londoner to find a city which matches or even comes close to your own city but I can safely say Venice has come close this weekend. It has been an unforgettable weekend of love and laughter with memories made in which I’ll cherish forever. 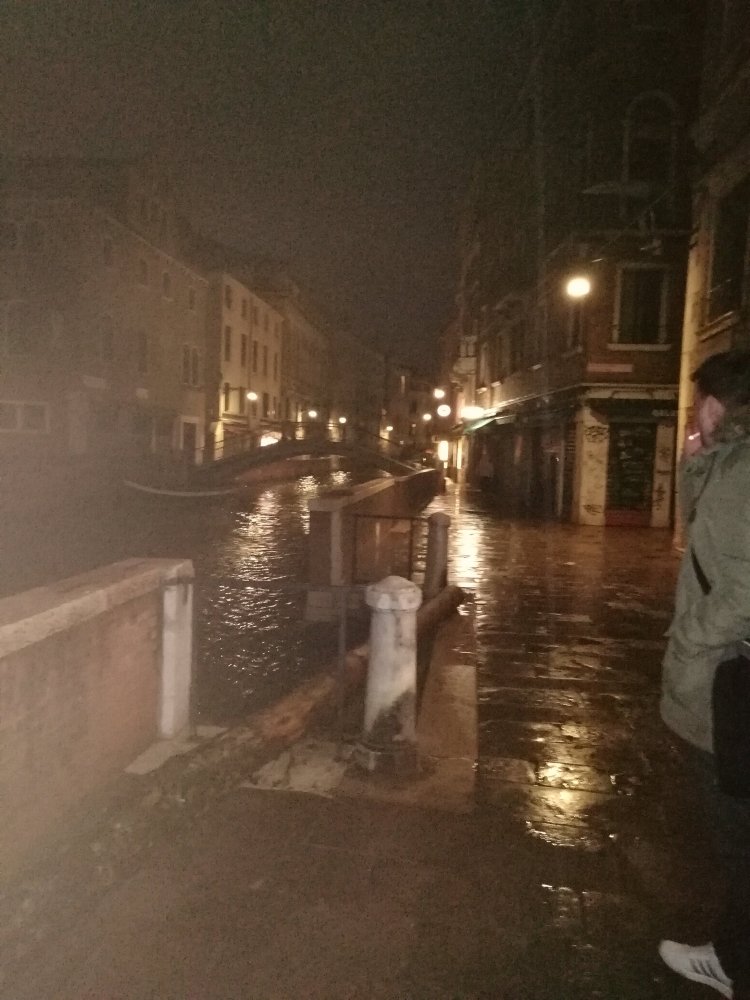